After several seemingly great dates with a new guy, you finally feel like you’ve met someone you really enjoy spending time with. But, as soon as you settle on the idea of having this guy around for a while, the unthinkable happens. He pulls a sliding door routine: an opened window of opportunity that one uses to creep into and out of someone’s life without consequence. You don’t hear from him. You text, call and email him, and there is no response. Your first thought is that maybe something bad happened. Maybe he was in a really bad car accident and is paralyzed. Or maybe he was a witness to a high profile crime and had to be whisked away into a witness protection program. But as the weeks go by and reality sets in, you begin to think maybe “he just wasn’t that into you,” that is until he suddenly reappears several weeks later.

Every woman, regardless of beauty, race, creed or age has encountered a man who’s pulled the sliding door routine. And even though most women will act surprised, convincing themselves and others that they didn’t see the warning signs and that they were totally misled, the truth is we can all see this Houdini coming a mile away.

For most of us, it begins with an eerie feeling that comes over us after a night out with a guy we’ve just started dating (or perhaps have been dating for some time). Sometimes it even happens after the first kiss. That strange feeling in the pit of our stomach — something just feels off. Even though things seem to be going great, we get a nagging feeling in the back of our mind that we are never going to hear from this guy again. The obvious solution would be to move on and find someone who is into us. But rather than moving on and being open to the possibility of meeting someone new, most of us decide to go against what we instinctively know is best, opening ourselves up to a sliding door routine. It goes something like this:

Day One: You replay, again and again, the last conversation where he promised to call you later, or when he gets home. You pace back and forth in your apartment, waiting in vain for the call that never comes.

Day Two: You decide to reach out to him. You begin by sending him a casual text, followed by a direct message on Facebook just to be sure. Still no response.

Day Four: You spend hours on the phone with your girlfriends listening to their points of view.

Day Five: You decide to follow your girlfriends’ advice. After all, they could be right. Maybe he is just shy. Or maybe he’s just testing you to see how interested you are in him. So you email him, letting him know how much you miss him and how much you really care about him.

Day Six: Still following the advice of your well-meaning friends, you decide to call him again because maybe he’s just been really busy. Or maybe he’s so into you that he’s scared or he’s trying to feel you out.

Day Seven: You convince yourself that you’re crazy and that by now he thinks you’re crazy, too, because you haven’t been dating that long and, after all, you were never really exclusive.

Fast-forward to week six: You’re feeling better now. So much better in fact, you’re laughing, smiling, and feeling good about yourself. He’s still there in the back of your mind, but you don’t let it get you down as much as before because you’ve forced yourself to move on.

Sunday you get together for brunch with those same well-meaning girlfriends and you all have a good laugh about how silly you behaved over a guy who decided, and for no good reason, that you didn’t deserve the courtesy of a phone call, an email or a text. “Whatever,” you shrug, “he wasn’t worth my time.” You sit back, finally relaxed, sipping your mimosa. Of course that’s when it happens.

For six long weeks you’ve wished and prayed for a sign or just a word from this guy. And on a sunny Sunday afternoon, your cell phone rings, and as you reach down to retrieve your cell from your designer bag, you see it. A text message from him that simply reads: “Hello.” You sit there quietly, pondering what you should do. Everything in you is telling you not to respond, to keep it moving. Of course you don’t listen to that wise voice in your head. You tell yourself you’re only going to respond because you’re curious to hear where he’s been for the past six weeks.

You text a cool “hello” back.

“I miss you,” he texts, and after several more back and forth messages you agree to get together. That night! And what’s worse, he doesn’t invite you out to a movie or to dinner. He invites you to his house. And we know that only one thing is going down once we go that route.

I read somewhere that most people who are victims of a crime are so because there was a crime of opportunity. When I heard that, I took a self-defense class, looked into purchasing a dog and got extra security for my house, particularly to my sliding back door. I wanted to feel safe, to feel protected, and to be certain that I wasn’t allowing any chance for a crime of opportunity in my home.

As women, we are taught to take extra precautions when it comes to our safety; to avoid unlit parking structures, and to pay attention to our surroundings. Well, the same rules should be applied when it comes to matters of the heart. I’m not saying we should take national security measures to every dating prospect we encounter. But what I am saying is that when it comes to dating, we should be smart and limit the access to only suitors who respect our boundaries.

There comes a defining moment in every woman’s life when she is standing between two parallel universes, and the outcome of her life depends on the path she does or doesn’t take. Will she choose the sliding door, or the door where she can clearly see the path that’s on the other side. Hopefully, she’ll choose wisely. 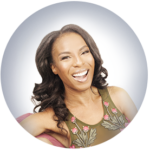 Collette Gee is a Dating & Relationship Expert, Author, and Speaker who helps men and women create and sustain healthy, meaningful relationships.  Her mission is to help people love harmoniously and successfully.