Don’t Wait For Valentine’s Day to Show You Care 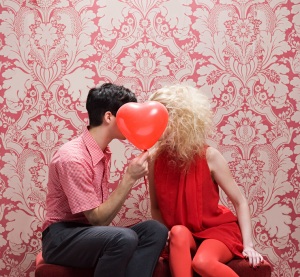 Every year people across the world celebrate Valentine’s Day by honoring one another with greeting cards, chocolate candies, and heart-shaped gifts. And although Valentine’s Day is not recognized as a national holiday – government offices, stores, schools and other organizations are still open as usual – it is officially recognized as a romantic holiday to show appreciation for the people we love.

Personally? I think Valentine’s Day sucks! And I look forward to the day when it becomes a mere anachronism.

And no, it doesn’t have anything to do with not having a Valentine, since I’ve been in an exclusive relationship  for sometime now. Granted, we do the whole LOVE  thing – exchanging cards and gifts.  However, we don’t make a big to do about it because we believe that love should be celebrated and honored everyday not just on February 14th.

So why do people celebrate Valentine’s Day anyway?

There are varying reasons.  But the most popular story told was the one of St. Valentine of Rome. According to some sources February 14 is the day we pay tribute to St. Valentine, a Roman priest who was put to death for defiling the Emperor Claudius’s marriage decree, and he did so by marrying Roman soldiers who were prohibited from being married.  Legend has it that when St. Valentine’s deeds were discovered, he was thrown into jail, and as he awaited his execution, he wrote love letters to the jailer’s daughter and he signed them, “From Your Valentine.”

Well, according to this story, St. Valentine was quite the dedicated romantic, so much so in fact that he died in the name of love. Instead of commemorating St. Valentine on the anniversary of his death, the day his own heart stopped beating, why don’t we celebrate the sanctity of love by commemorating what this celebrated cupid believed in up until his death.

I wonder what would life be like without St. Valentines Day? Or do we really need a special occasion to remind each other how much we really care?

Personally, I think that the idea of having one day to focus on love and friendship is not enough. Yes, it’s great to have one day a year set aside to celebrate love, and to do something special for the people we cherish the most, but why should we wait for that one “special” day to give or receive the attention that we deserve? In other words, shouldn’t every day be special? Now, obviously I’m not saying that I expect flowers and candy from my boyfriend everyday of the week, but I do expect a general show of appreciation more often than just on February 14th.

When it comes to love, I am a hopeless romantic who loves everything from watching cheesy romantic comedies to daydreaming all day about spending the rest of my life with that special someone. I truly embrace and celebrate love. In fact the more love, the better. But one day a year? One day to commemorate and show appreciation for the one you love and adore?

Everyday, I work with couples that come to me at the 11th hour hoping I can save their marriage. The first question I always ask them is how often they make time for one another. And often people admit that they are too busy dealing with life – with tasks revolving around finances, children and the like. They are too busy with their schedules and circumstances to make time for one another.

Love and romance are important for our happiness and well-being, whether you’re single or in a relationship. Don’t wait for Valentine’s Day to show someone you love how much you truly care.

This piece was originally published on Huffington Post
http://www.huffingtonpost.ca/collette-gee/valentines-day-relationships_b_4790662.html