In the 21st century we use our mobile phones for just about everything.  We use them to connect, play games  and, yes to find love.  Dating apps are the new way to meet and greet a new mate. However, before you download the latest and greatest apps that promise you happily ever after, here are 5 dating apps you should ditch in 2018 if you want to find true love. 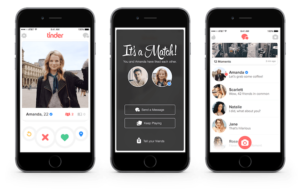 Tinder is the most popular dating application since it’s launch in 2012. It’s a social search mobile app that allows users to chat if both users choose to swipe right. If a viewer swipes left on your profile it means they are not interested in connecting. The information provided comes from users Facebook profile. However, users get to create a personal bio.

Tinder is FREE, and can be used both as a dating app or a hookup app depending on the users preference. Since Tinder is an “appearance-based” app, I think that people will be more likely to make snap judgments when choosing who they want to connect with.

It takes more than a glance or an image to know whether you can connect with someone. One issue that arises is the accuracy of the photo. Photographs, particularly those in online dating profiles, can never show us the reality of what we would think of that person in real life, primarily due to technologies like Photoshop, which create visual illusions that projects deceptive characteristics from the one displaying the image.

The second issue is that even if the image is accurate, it doesn’t necessarily provide people with the verbal and nonverbal cues, both of which are essential to creating and sustaining real connections.

If you’re considering using Tinder to find a serious relationship, my recommendation is to ditch this dating app. Sure, there are a few hundred out of the millions of users who find love. However, the vast majority of Tinder users are not using this application to find a lasting relationship, but rather for a date hookup. 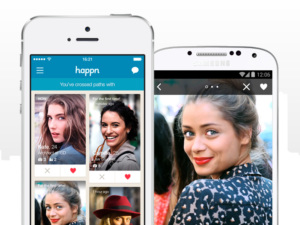 With over 10 million users since 2016 Happn has the same issues most dating apps seem to have… no follow up or follow through from date prospects. Happn Users seem to have the same low dating moral, as do most of the FREE dating apps out there.

The way Happn works is one step beyond Tinder, whereby you see people a few miles from your location. Instead, Happn is a GPS-based mobile app that finds potential matches that you’ve literally crossed paths with throughout your day. After two Happn users express an interest in one another — by tapping a red love heart on the other person’s profile — they are able write messages to one another.

Find a person you’ve crossed paths with?  Sounds creepy!  I mean seriously, this app is one step away from a tracking device that leads stalkers right to your door.  And despite co-founder and CEO Didier Rappapor claim that the Happn isn’t nearly accurate enough to stalk people. I think “nearly,” isn’t good enough.   Either it can or it cannot. But, so that you don’t have to worry or wait for them to clarify what they mean, my recommendation is to ditch this dating app. 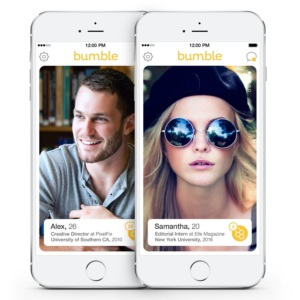 Like many of the other dating apps, Bumble is a location based dating app. Bumble differs from other dating apps because it also the first app of its kind to bring dating, friend finding, and career building to a single platform.  It’s like LinkedIn meets Facebook on a Meetup platform.

Another thing that makes Bumble stand out from the rest is that the woman is the one that makes the first move, and she has 24 hours to meet her match or eliminate the connection forever!

So that Bumble could appease the same sex community, Bumble decided to amend the female to male connection to include connections for same sex or friendships. And while I am all for female empowerment as well as alternative relationships, Bumble lost the initial female initiation appeal that made this app unique.   Just imagine if Grindr opened it’s platform to straight people just to be politically correct.  It would not be as sexy, and for this reason I think Bumble is a dating app you should ditch in 2018. 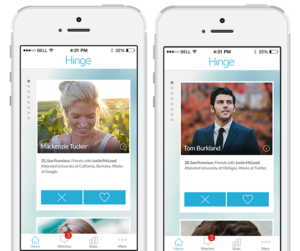 Hinge is a mobile and desktop dating app that encourages you to meet in person.  Since the launch of Hinge in 2011, they’ve coined themselves as being “The Relationship App.”  However, unlike traditional dating apps, Hinge connects you with people in your Facebook circle.  The objective is to connect you with your Facebook friends so you’ll likely have some things in common.  And, depending on your social network, this can either be ideal or a deal breaker — ideal if you have a vast Facebook network, however less then stellar if all of your friends are family members.

Out of all of the dating apps on the market, I must say that Hinge is by far the best of the worst. However, I still recommend ditching this dating app because unlike other dating apps Hinge requires you to pay after your trial period. And, let’s face it, if you’re going to pay to connect then you might as well get out there and really connect. Think about it!   For the price of a cup of coffee or two you can subscribe to Hinge or get out there and enjoy a cup of coffee around real (not virtual) people. 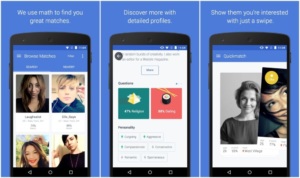 OkCupid is a dating app and a dating site that has been around for quite some time. Cupid claims to be an excellent site that offers the best algorithm for matching partners. The problem or rather the most common complaint you can read anywhere on the web is the slew of dick pics, prostitutes and scammers that are on the site. Sure, there are some good people on the site. However, it appears that all the crazies running rabid throughout the site squeeze the good prospects out. I suppose if you are one of the crazies, like sharing dick pics or you’re a prostitute, then this is the site for you. However, if you’re really looking for love, then buyers beware!

To conclude, if you’re still using dating apps to find true love, these are the 5 dating apps you should ditch in 2018.  Sure dating apps are sexy.   However, when it comes to matters of the heart I recommend good old fashioned dating.