How to Attract More Love 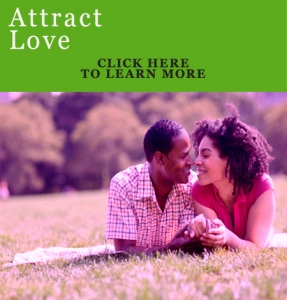 The reason for this cannot be because some people are better looking or more physically attractive. If that was so, then only physically perfect people would be in relationships. The difference therefore must stem from these individuals’ inner belief systems.

As a relationship coach and matchmaker, I know firsthand that looks have very little to do with who is or who isn’t in a relationship, as many of the clients I help aren’t single because of the way they look. Rather, they fail to recognize that the power to attract who and what they want comes from within.

One of the earliest experiences I had surrounding this concept came from one of my childhood best friends, Hannah. By societal standards, Hannah wasn’t very pretty. For starters, she was considerably larger than most pre-teen girls her age — both in height and weight. And, according to some of the other kids I grew up with, they called Hannah names, claiming that she looked like a baboon.

Despite the few kids that called Hannah names — in my opinion because they were jealous or intimidated by her presence — Hannah had no shortage of boys asking her out. And, no it wasn’t because Hannah was loose, easy or fast, but rather because she carried herself with such poise that only a person with a scrutinous eye could see her true physical appearance.

Hannah was the true definition of grace. Despite her size she danced ballet, and not only was she good, she looked quite lovely while doing it. Unlike the other kids she ate healthy, volunteered for humane causes and moved and spoke in a manner that portrayed beauty and elegance. Most people who encountered Hannah, including me, believed that she was beautiful. And because she acted as if she was, so did everyone else.

What We Think About Becomes What We Thank About

Thinking isn’t just something we do — it’s who we become. When a person comes to understand the power of belief, they can begin to appreciate how the things they think about can become the very things they thank about.

Now I’m not claiming that as soon as you have a thought it manifests. That sounds too much like some sort of magic mumbo jumbo, where we can just think something, and it miraculously appears. That isn’t so. What I am saying is that, in any given situation, it’s much better to choose the thoughts that serve us best.

For instance: Have you ever gone out on a great date with someone that felt so promising, only to never hear from that person again? And instead of letting it go, and moving on to a new prospect, you dwell on why this particular person “wasn’t that into you”?

The fact is, most of us are guilty of obsessing over and over-analyzing something or someone for way too long, be it money, love, or relationships. However the longer we hold onto a belief, such as he/she doesn’t like me; I’m unworthy or unlovable, the longer that belief exists.

People who want to attract more love or get into a meaningful relationship do so only because they focus their attention on that intended outcome. That means not thinking about the one that got away, or the person who never called back.

In summary, if we want to attract more love or get into a loving relationship, we must “become that.” If it’s love we seek, we become more loving. If it’s compassion we seek, then we become compassionate. What we expect must be in complete alignment with our thoughts and intentions. That means we don’t look to others or expect someone to enter into our lives and give us what we feel is missing. Instead we should focus on the inner peace, love and joy. We act as if; until we never have to question love or relationships again, because we already have it.