Why Wonder Woman Is Not Wonderful For Black Women 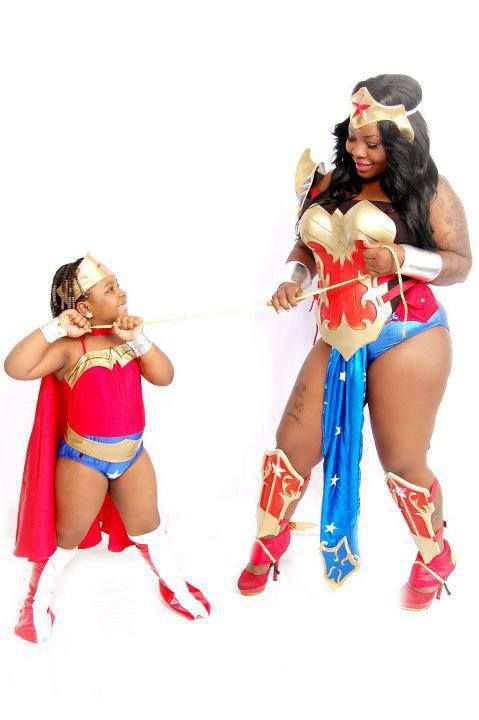 While the rest of the world is going crazy over the reintroduction of DC comic’s “Wonder Woman,” I am squirming in my Brown skin by the notion of the underlying message in this movie; White women only can be praised as being “Super-hero” wonderful. So for another seventy or so years, young girls of color are getting the same message I did. Just when I had begun to think that Black women had found their voice, a place to fit in, and a place to stand out, here comes Wonder Woman – the alien being who comes to planet earth disguised as a perfect and powerful White woman.

From the moment they began airing previews for this movie I became outraged, and not for the reasons that some feminists may find this movie insulting. First, because like most little Black girls who grew up in the seventies, I was traumatized by these alien super-hero beings who represented only one part of the wonderful women in the world, and yet dominated every little girls idea of what a wonderful woman represented. I was also angry because just when I thought that this stigma of wonderful white women had skipped my daughter’s generation, surprise, here she is back, to haunt my grandchildren’s generation.  The outrage I felt made me do more than question why this seventy year old stereotype had emerged.  It lead me to question where were all the Black female super heroes?

Where Are The Black Female Super Heroes?

I began my search first by looking to all of the so-called Black female superheroes, or at least those who are supposed to represent Black women’s superiority. The first female Black super hero I came across was X-Men’s infamous “Storm,” and while she is fabulous, her super skills were just no match for Wonder Woman. I decided to dig a little deeper and go as far back as Wonder Woman’s creation, which was in the early 1940’s, and I came across the legendary, “Cat Woman,” who again, though beautiful and fierce, was not so wonderful. In fact, she was construed in some cases as a villain who interfered with justice. I wondered, “Where were all of the Black female superhero’s?” And, why they were no match for the super Amazonian White woman that has plagued and polluted the identity of little Black girls.

I decided to leave the comic book world and look to the real world, after all DC comics brought Wonder Woman out of the pages of a comic book into a real life movie, so perhaps I should begin my search there. Again, I found nothing or no woman of color that could compare. It seems all the Black female characters were either absent or worse; poorly depicted, or portrayed as hurtful stereotypes rather than as beautiful and intelligent heroes.

Wonder Woman is dangerous for Black women because she represents a stereotype that says that Black women are not really all that wonderful. Nothing about her looks like me except perhaps the color of her hair. Not her body, her eye color, and not her skin color. The fact that she would come to earth from another planet and just conveniently blend in as a White woman was disturbing to me. Then, to be considered either “super,” or “suitable” to blend in, and/or maybe even considered “weak” at times, in relation to men, because White women are also depicted as victims in broader culture, needing to be “saved” by White knights on horses.

So, I began thinking about the qualities and the characteristics of the true hero’s I see everyday, beginning with my grandmother and ending with my daughters. First, they come from and live on earth. I believe in order to represent the super women on earth you should first of all, be from this planet. Then I thought about the mother of creation, “Eve,” (or “Lucy”) whom even science teaches was from Africa as the first mother of all humanity. Lastly, a real super woman continues to rise no matter what is thrown her way; racism, sexism, oppression, enslavement, aggression, hate, and systemic suppression.

These are the qualities that make a super powerful being to me, and one that obviously frightens this society, because they throw everything at her to keep her down, just like they do to any superhero. The broader society tries to find the Black woman’s “Kryptonite” just to keep her down. They use our curly kinky hair, our full lips, round hips and dark skin against us to hold us back. Yet, against all odds, we still rise, like super heroes. 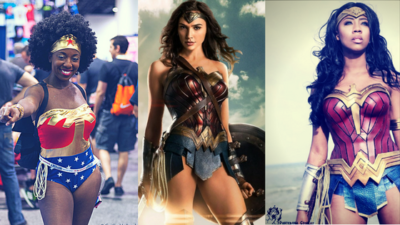 After I made my list of super qualities, it then dawned on me; perhaps, Wonder Woman wasn’t so wonderful after all. Perhaps, Black women do not need to be depicted in a comic book or a movie screen as super heroes because everyday we demonstrate the qualities and characteristics of true super heroes. Perhaps, some folks need to create stories about being “super” when deep down, they may not feel so super.

I then thought maybe it is good for them to perpetuate their story about their super female being from another planet. Just as long as we Black women do not forget who we truly are. Wonder Woman may indeed be wonderful, but she just does not have what it takes to be the true “She-roes” that we are. And I do not think she would really have what it would take to survive on this planet earth like we have, against the real forces of evil like we have. Only true super heroes can stand up against that.

Collette Gee the author of a groundbreaking and innovative book on relationships called, “Finding Happily…No Rules, No Frogs, No Pretending,” (available on Amazon). Collette is a former domestic violence survivor and victim of violence, who shifted her traumatic experience into a catalyst to empower women with positive education about healthy relationships. Her mission is to teach others how to live harmoniously & successfully. You can connect with Collette on her website: findinghappily.com, Twitter @Findinghappily

This article was originally published on Huffington Post SA and was republished with the authors permission.